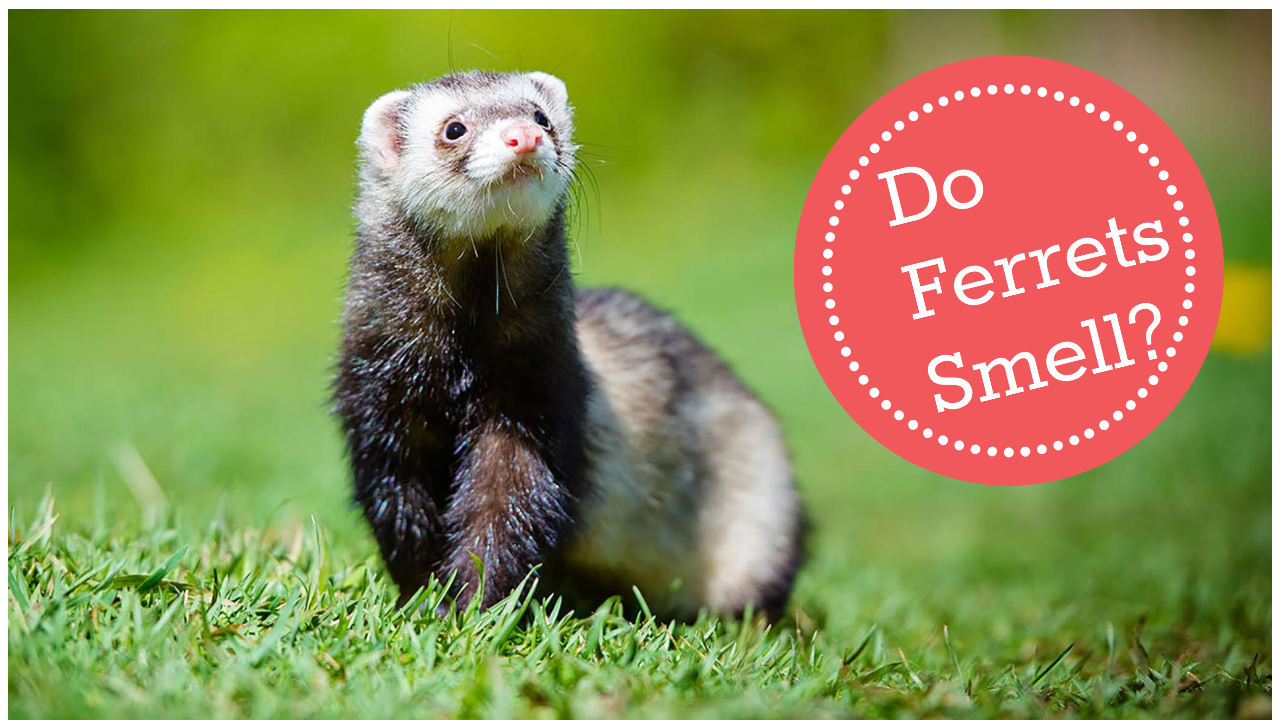 Ferrets are highly social and intelligent animals who are a part of the weasel family. They make great pets and, if you are thinking about getting one then, you must have many questions related to them like, do ferrets smell?

This article will help in answering all the questions related to the smell of ferrets. For example, do ferrets smell that bad? Do ferrets smell like pets? Etc.

Although ferrets are known for their small size and their cuteness, you cannot just casually take care of them. They require many things to stay healthy and happy.

There are many responsibilities related to taking care of ferrets. For example, their grooming, their diet, their habitat, health, and such.

Many people are hesitant about getting a pet ferret as they have concerns over ferrets and their smell. Some of the most asked questions related to ferrets are, do ferrets smell? Do ferrets stink up your house? And so on.

Before we start answering these questions let us learn a bit more about these adorable balls of fur! 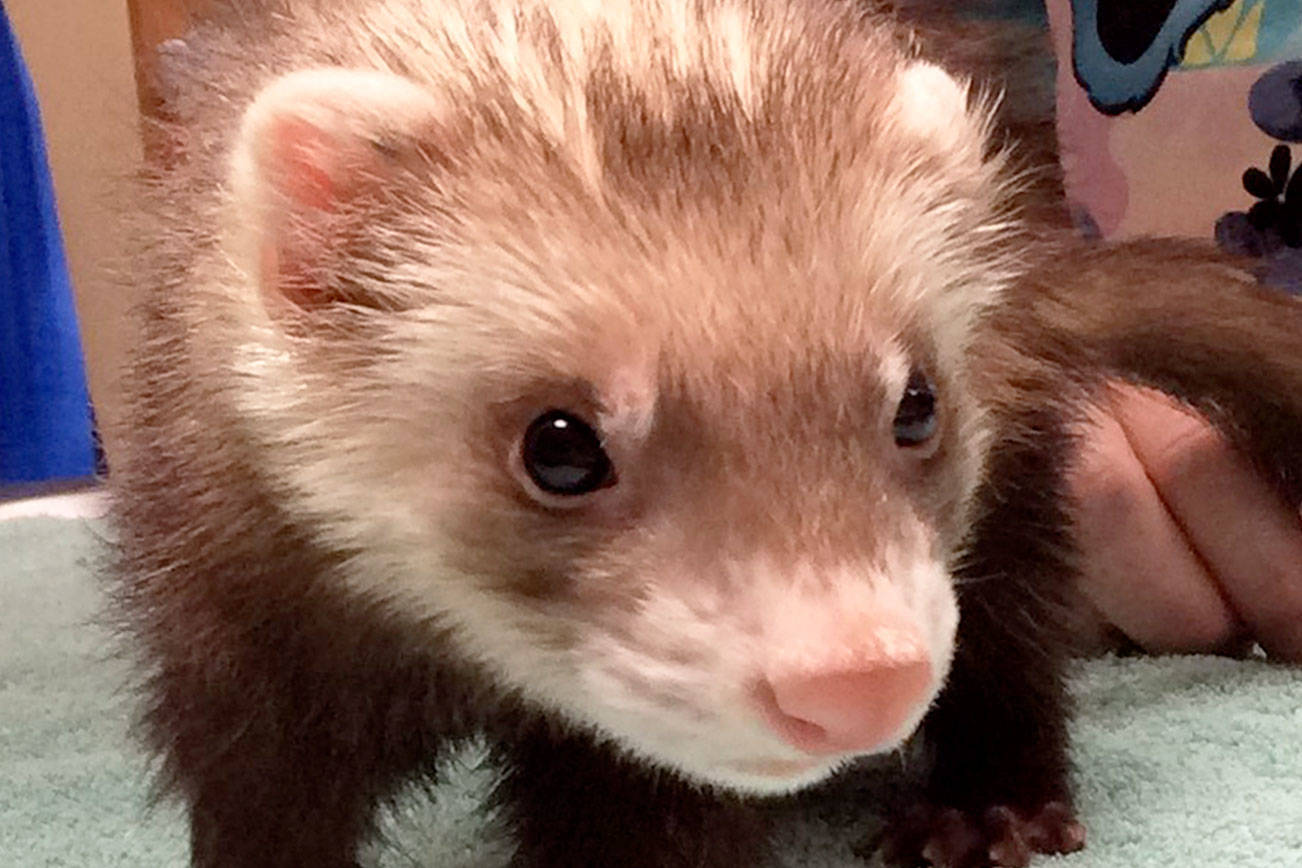 It is recommended to adopt ferrets in pairs as they are highly social animals and, taking away their social life is not going to give you a healthy and happy pet ferret.

They need sensitive care as they are fragile animals that are easily injured if not handled properly. They sleep up to 20 hours a day and love their naps. Having such long naps also gives them a lot of energy and, therefore, when awake, they are very playful and active.

They have a carnivorous diet. They like hunting and burrowing therefore it is necessary to make sure to have platforms or toys that can help with these needs of your pet ferrets.

Now we will look at some of the frequent questions asked about the smell of ferrets and answer them.

Ferrets are well known for having a strong odor and for being smell. But this does not indicate that they have a bad odor. They have a musky natural scent.

Smelly does not equal stinky, there is a difference between the two which is, smelly can mean a strong scent, and stinky means a strong-bad scent.

Ferrets have an earthy kind of smell that is very unique. The oils secreted by their bodies are responsible for this scent.

This is their natural scent but they also have some sort of a defense mechanism smell that can be called stinky. It is activated when they are frightened or feel unsafe and threatened.

The smell of ferrets also different from one ferret to another and is also dependent on various factors like health conditions, age, etc.

Many people who adopt pet ferrets eventually get used to the smell but that also depends from person to person. Some cannot stand the smell of any ferret and have nauseous reactions to it.

So, if you are looking to adopt a ferret you might want to see your body’s reaction to their smell before deciding.

Do ferrets smell after being descended?

Ferrets have a body odor that is naturally smelly caused by the oils produced on their bodies. But they also produce more stinky smells sometimes when they sense danger or are in fear.

Now just because the stink bomb system is removed from the ferret’s body does not mean it will not smell anymore as the body smell produced by the body oils will still be there.

Do ferrets really smell that bad? 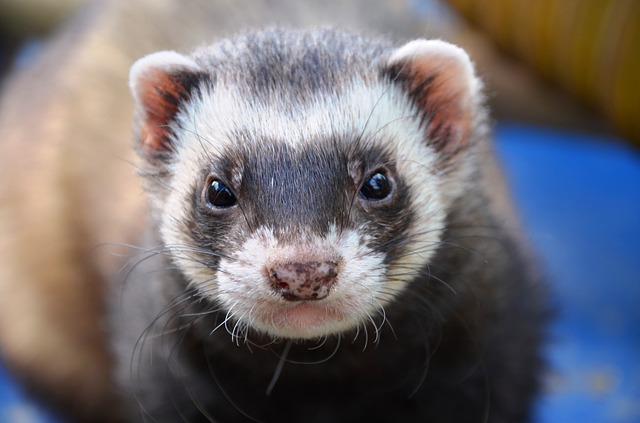 So, the answer to the question, do ferrets really smell that bad? is dependent on various factors. The cleanliness of the ferret also contributes to it.

They like hygiene, so you don’t have to clean them or bathe them frequently. Bathing them once or twice a year is more than enough.

Although the majority of the pet ferrets are descended by the owners, they still contain their natural body odor from their bodily oils.

Therefore, because these oils are always there on their bodies, ferrets always smell. You can maintain their hygiene by regularly cleaning their cages and bathing them twice a year.

But this helps with reducing the smell of the female ferrets more compared with the male ferrets. Of course, both have a natural mildly strong scent on their body but one gets used to it after having the ferrets around for a while.

This may also depend on the person wanting to adopt them as some may be repulsed to the smell while others would not mind it.

But they do not smell anywhere close to skunk’s stink balls. They are far less intense than skunk stink balls.

First, check whether the ferret’s house or cage is clean and tidy. If not, clean it and do it regularly. Ferrets are very hygienic animals and keep their body clean.

But bathing them twice a year is recommended as it also helps in checking up your ferrets’ bodies, cleaning their fur, and making sure that your house also stays clean.

Do ferrets smell worse than rats?

Ferrets do have a distinctive smell and a strong body odor compared to rats but that does not necessarily mean that they smell bad.

They have a musky; earthy smell and some people may prefer that smell or get used to it pretty quickly but some may not be able to tolerate it.

Do ferrets smell worse than dogs?

We can’t compare ferrets’ smell with dogs’ smell as both the smell are different. Ferrets have a unique and different body smell and it does not necessarily mean a bad smell.

Some people get used to ferrets’ smell and do not mind the distinctive smell while some do not. Especially after being descended ferrets’ smell is more tolerable.

Do ferrets smell worse than hamsters?

Ferrets have their unique odor that cannot be compared with hamsters. Although it is not stinky it is strong enough to leave an impression.

Will the smell of ferrets keep rats away?

No, the smell of ferrets cannot keep rats away. This is merely a myth based on the theory that the pee of predatory animals keeps rats away.

Do ferrets stink up your house?

While ferrets do have a strong smell, it is not stinky so the possibility of your house stinking because of them is not there.

But if your house is getting stinky then it probably because you are not doing some things right. Like keeping ferrets’ cages clean and tidy, keeping their sleeping loft clean.

If your ferret is not descended then there is a chance that your ferret has caused the house to stink through its stink bombs.

Can you get ferrets not to smell?

You cannot completely remove the ferret’s smell ever. But you can make it less and smell better by doing things like,

Keep the toys and their necessities clean, Etc.

How do you keep a ferret from smelling?

Ferrets cannot be completely free of smell but you can make them smell less and better. Getting ferrets descended is one way to make them smell less. Regularly cleaning up their bedding, cage, toys, etc also is important. Bathing them 1-2 times a year is helpful but do not overdo it otherwise they end up smelling more.

Also, check out, Can Ferrets Eat Cat Food? if you own a ferret as a pet or are planning to own one.